In 2010, the French health agency AFFSAPPS discovered that breast implants manufactured by the French company Poly Implant Prothèse (PIP), certified and sold since 2001 in 65 countries (400,000 patients) were filled with a non-compliant industrial silicone gel, and ordered their withdrawal from the market.
This event set the beginning in France of a long legal process of compensation for women victims from all over the world represented by Olivier Aumaître, Lawyer, founder of PIPA, in the framework of several legal proceedings which are detailed in the infographic below.

Key dates preceding the PIP scandal:
1993: Ban on silicone gel in France and the United States after the Dow Corning scandal
1993: European Directive on Medical Devices which subjects their marketing authorisation to the control of a certifier
1995: the company Poly Implant Prothèses (PIP) chooses the German group TÜV RHEINLAND as certifier
2001: re-authorisation of silicone gel in France;
2001/2010: PIP uses an unauthorised industrial silicone gel, but obtains TÜV RHEINLAND certification throughout this period; almost one million adulterated implants have been sold worldwide 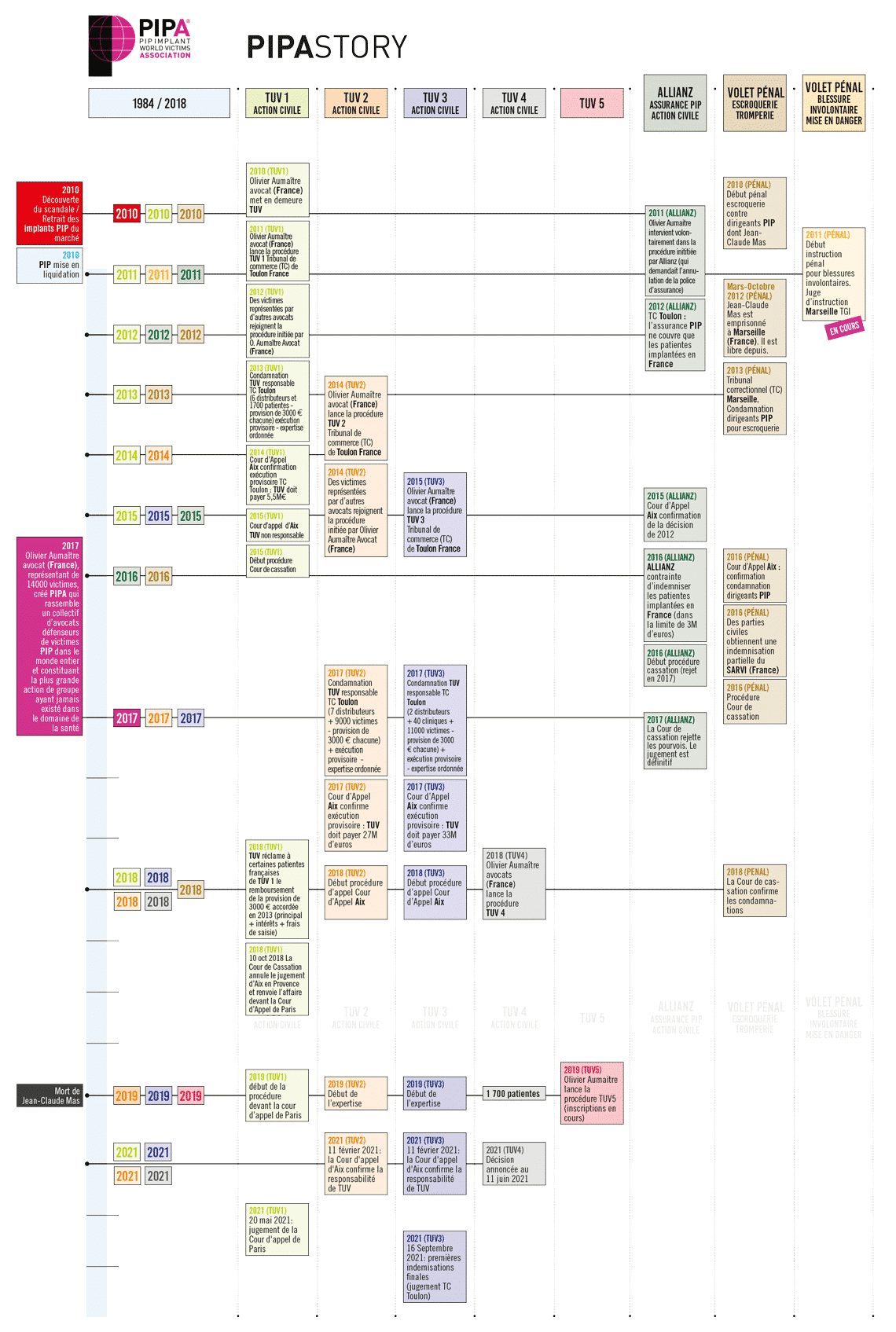